My visit to Borley Church 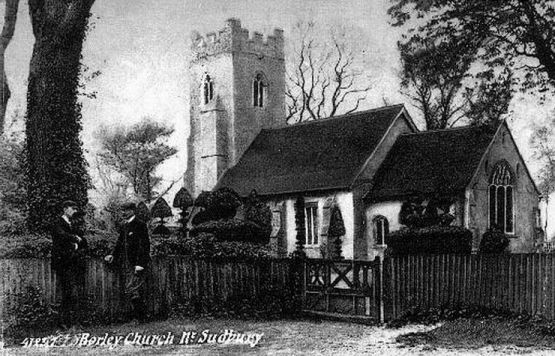 I went to Borley Church and the site of Borley Rectory many years ago when as a member of the Ghost Club. According to the title of a book by Harry Price about the rectory, it was, The Most Haunted House in England.

I say 'site of' because the rectory itself burned down in 1938 after mysterious writing, allegedly originating from a poltergeist, had appeared on the walls apparently foretelling that the building would be destroyed by fire. Nothing at all of the building now remains.

However it had been arranged that we should be given a talk by the then vicar. He did not appear to think much of the idea that the rectory had been haunted. So we thanked him for his time and looked around the church before leaving.

As my friend and I left the church, I was conscious of a very powerful smell of violets. I mentioned this to my companion but she said nothing.

Once on the coach to make our way home, I overheard a lady who was sitting in front of us telling her friend that her son had experienced the 'ghostly smell of violets outside the church'.

Excited, I turned to my friend and said, 'that's what we smelt'.
'No', she pointedly replied, 'what you smelt'.
My friend had noticed nothing unusual and neither apparently had anyone else in the group!

There has been doubts expressed as to whether or not the rectory ever deserved its reputation. But as can be seen, I am not the only one who believes that the Church at Borley is most definitely haunted.