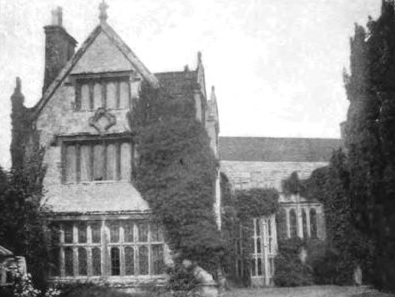 One of the strangest ghost encounters I have had, occurred some years ago, when the ghost hunting group to which I belonged, was invited to Athelhampton House. There were twelve of us in the party, including two mediums. We were allowed where the public never goes, to investigate the House's many spectres, including the infamous ghost ape.

Having entered the main hall, we made our way upstairs. It seemed to me to be very drafty. I over-heard the two mediums talking about the 'psychic wind' they were experiencing. I couldn't believe there was anything supernatural about the zephyr. So I asked one of the psychics why she thought that it didn't have a perfectly rational explanation. She asked if anything was being moved by the breeze, there wasn't. She asked me if there were any open windows that could account for it, there weren't. She then suggested that I ask someone else if they could feel it, they couldn't. I was convinced!

Next we entered the bedroom and went over to the bed. On the floor beside it was a wooden cradle. I was overcome by a terrible feeling of sadness that seemed to emanate from the object. I could not then, nor can I now, account for this but just report what I felt. One medium told me that the crib had been associated with the deaths of three babies. 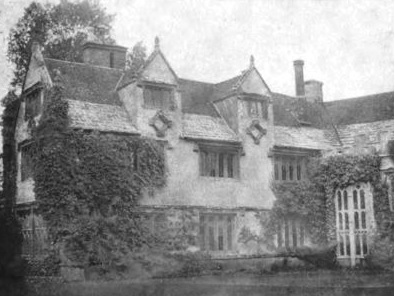 Finally, we went into the library which is usually off-limits to visitors. I was walking around, talking to a friend when I suddenly started shivering. I stepped back and felt okay again. In front of me was what I can only describe as an invisible pillar of cold. It was three dimensional. I could walk around it, I could determine its height and put my hand over it. And I could put my hand through it.
I sought out one of the mediums and asked her to take a look. She was immediately impressed and informed me that I had found, 'a cold-spot'. 'Cold' it most certainly was, but 'spot' comes no-where near to describing what this was. The mediums claimed that that this was in fact an entity, a phantom with which they would be able to establish contact. That is not my field, so I left them to it.

At the end of the investigation. We gathered to discuss the ghost encounters that members of the group had had that day. Several people had experienced something of a supernatural nature.

Apparently the mediums had made contact with the ghost in the library had determined he had been a sea-fairer. They had even seen his uniform hanging in one of the rooms.

For another location where I experienced something strange and inexplicable, check out my visit to Borley Church.

You may also be interested in what happened when some of my colleagues played with a Ouija board in the office.