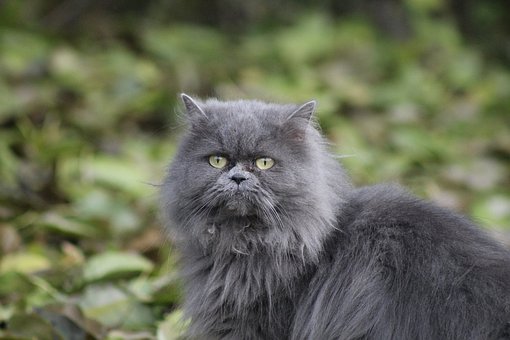 I believe that there are quite a few phantom cats around. It is not at all unusual for someone to see their departed pet, or feel the animal lying across their feet as they are in bed. Most of phantom pets can be found in private residences. However, this ghost cat has been seen by members of the public as it haunts a church.

Many years ago, the organist at the church of  All Hallows Church asked in her will that her beloved Pedigree Persian be buried in consecrated ground. The organist passed on and was survived by her pet cat. When it too died, the vicar would not allow the woman's request to be carried out. What became of the cat's mortal remains we are not told, but it was not interred in the church yard.

Consequentially, the ghost cat has been seen walking around the church. Anyone who spots it, assumes it to be a normal animal. That is until a search fails to find the creature as it has disappeared.