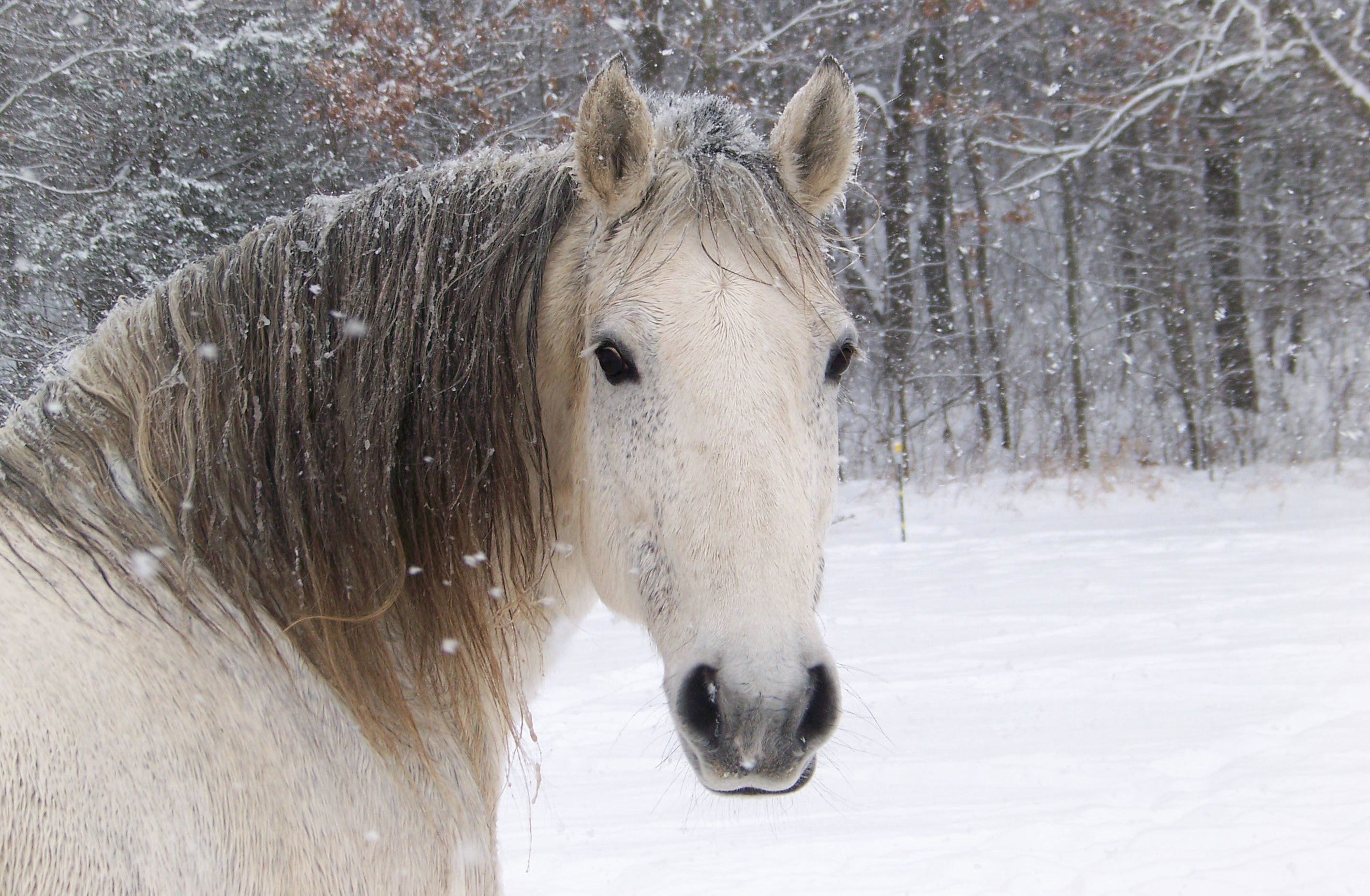 It is not surprising that phantom horses can be found in several places in Britain. For thousands of years, the British have had a special relationship with them. It was not so long ago that horses could been seen delivering various produce to customers. Even today, some breweries use horses to deliver beer to their local pubs.

This haunting occurs in the lanes around Bryn-y-maen, near Colyne Bay, Wales. One witness to the spectre described how he was driving to work early one morning, just as the day was dawning. Suddenly a large white horse appeared from over a hedge. The terrified driver said that the horse, 'filled the windscreen' and that he fully expected a collision. He braced himself and slammed on the brakes, his car spinning in the road as it came to a stop. When the driver looked up, the horse had vanished.
This man is not the only person to have seen this terrifying apparition in the same area and at the same time of day.

A ghost does not usually appear frequently enough in a particular place to have a road named after it. However, 'White Horse Road' in Edgehill, is the exception and is named after the spectral white horse that has been seen galloping across the fields. The road runs from the site of the haunted Edgehill battlefield to the place where the bodies of the slain soldiers of both armies are buried.
There are two theories as to who originally owned the horse. One is that it belonged to Prince Rupert, who survived the battle and the other that the phantom horse belonged to Captain Kingsmill who died on the field of battle.

The area around Bramham Park, West Yorkshire, is haunted by a group of ghostly horses. They are far more usually heard than seen. However, observers describe them as being unusually large, light-coloured creatures with flowing manes and tails. Apart from their sudden appearance, apparently from no-where, there is nothing about them to suggest that they are anything other than flesh and blood.
It is believed that these are the ghosts of horses that took part in the Battle of Bramham Moor on 20th February 1408 during which the Earl of Northumberland was killed by Sir Thomas Rokeby and his army.

Return from This Page to Animal Ghosts